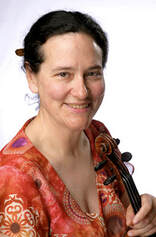 NANCY BEAN, violin, joined The Philadelphia Orchestra in 1983 and became its Assistant Concertmaster in 1986, retiring in 2009 to devote herself to chamber music. A graduate of The Curtis Institute of Music, she is Artistic Director of the Philadelphiabased 1807 & Friends chamber music organization and of the Amerita Chamber Players. She is first violinist and founder (in 1987) of the Wister Quartet, and of the Amerita Chamber Players. She is violinist of the Casimir Trio, and violinist and violist of the Florian Trio, Trio Montage, Duo Paganini, and Duo Parisienne. She has performed in chamber concerts with Emanuel Ax, Yefim Bronfman, Andrew Davis, Christoph Eschenbach, Alicia de Larrocha, Radu Lupu, Garrick Ohlsson, Wolfgang Sawallisch, and Yo-Yo Ma. She has recorded with Koch International and Directto-Tape Records. 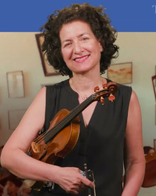 BARBARA GOVATOS, violinist, received a Master of Music degree from the Juilliard School. She has collaborated as soloist and chamber musician with such artists as Riccardo Muti, Radu Lupu, Wolfgang Sawallisch, and the Emerson Quartet, and has appeared with the Dallas Symphony, Concerto Soloists of Philadelphia, and The Juilliard Orchestra. After spending a summer at the Marlboro Festival, Ms. Govatos joined the Philadelphia Orchestra. She holds the Robert E. Mortensen endowed chair, and received the Orchestra’s C.Hartman Kuhn Award in 2012. Along with pianist, Marcantonio Barone, Ms. Govatos was honored with the Classical Music Recording Foundation’s Samuel Sanders Award for Beethoven’s Sonatas for Violin and Piano on the Bridge label. She was the founder and director of the Academy Chamber Players, and Music Director of the Delaware Chamber Music Festival for 30 years.  Ms. Govatos performed as Assistant Concertmaster for the Maggio                                                           Musicale and plays a violin made by the brothers Hieronymus and Antonius Amati in Cremona, 1619. 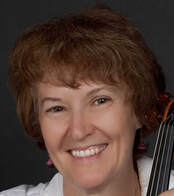 PAMELA FAY, viola, is a graduate of the University of Toronto where she studied with Lorand Fenyves. She participated in the Banff Summer Music Festival where she was coached by William Primrose and members of the Hungarian String Quartet. She has performed with the Chamber Orchestra of Philadelphia, is a regular substitute with the Philadelphia Orchestra, and is violist with the Wister Quartet and the Amerita Chamber Players. She teaches and performs at Interlochen in the summer and has recently been performing as principal viola of the Manitoba Chamber Orchestra. She has performed in chamber concerts with Emanuel Ax, Yefim Bronfman, Andrew Davis, Christoph Eschenbach, Alicia de Larrocha, Garrick Ohlsson, Janos Starker, Wolfgang Sawallisch, and Yo-Yo Ma. She and her colleagues in the Wister Quartet have recorded with Direct-to-Tape Records. 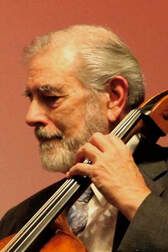 LLOYD SMITH, cello, joined The Philadelphia Orchestra in 1967 and was named its Assistant Principal cellist in 1988. He retired in 2003 to devote himself to chamber music and composing. He is a graduate of The Curtis Institute of Music, where his teachers were Leonard Rose and Orlando Cole; and a participant in the Marlboro Music Festivals, where he was coached by Pablo Casals and by members of the Budapest String Quartet and the Beaux Arts Trio. He is cellist of 1807 & Friends, the Wister Quartet, the Casimir Trio, Trio Montage, the Florian Trio, and the Amerita Chamber Players. He has recorded with Columbia, CRI, Leonarda, Capstone, and Direct-to-Tape and has appeared in chamber concerts with Emanuel Ax, Yefim Bronfman, Christoph Eschenbach, Alicia de Larrocha, Garrick Ohlsson, Andrew Davis, Wolfgang Sawallisch, and Yo-Yo Ma. His major compositions include a cello sonata, three string quartets, a piano quartet, a string quintet and sextet, and a cello quartet and sextet. 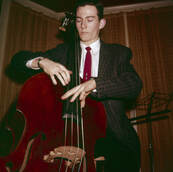 MICHAEL SHAHAN, RETIRED co-Music Director of the Amerita Chamber Players, joined The Philadelphia Orchestra in 1964 and was named its Assistant Principal bassist in 1970. A graduate of The Curtis Insitute of Music, his teacher was Roger Scott. He played bass and viola da gamba with Amerita until his retirement. He has been a member of the Philadelphia Chamber Ensemble, the American Society of Ancient Instruments and bassist with The Philadelphia Jazz Quintet. He was responsible for many, if not most, of the basso continuo realizations performed by Amerita.
Michael Shahan at Curtis in 1959 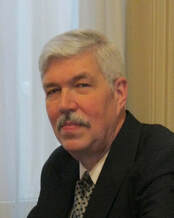 DAVYD BOOTH, RETIRED co-Music Director and harpsichordist of the Amerita Chamber Players, studied violin at The New School of Music with Jascha Brodsky and keyboard with Susan Starr and Martha Massena. He had been a member of the Amerita Chamber Players for 51 years! He joined The Philadelphia Orchestra in 1973 and was named its harpsichordist in 1999. He was a member of the Philarte Quartet for 14 years and of the Wister Quartet for 35 years, retiring in 2022. He has appeared in chamber concerts with Emanuel Ax, Yefim Bronfman, Christoph Eschenbach, Alicia de Larrocha, Garrick Ohlsson, Andrew Davis, Wolfgang Sawallisch, and Yo-Yo Ma For many years he provided our enlightening verbal program notes