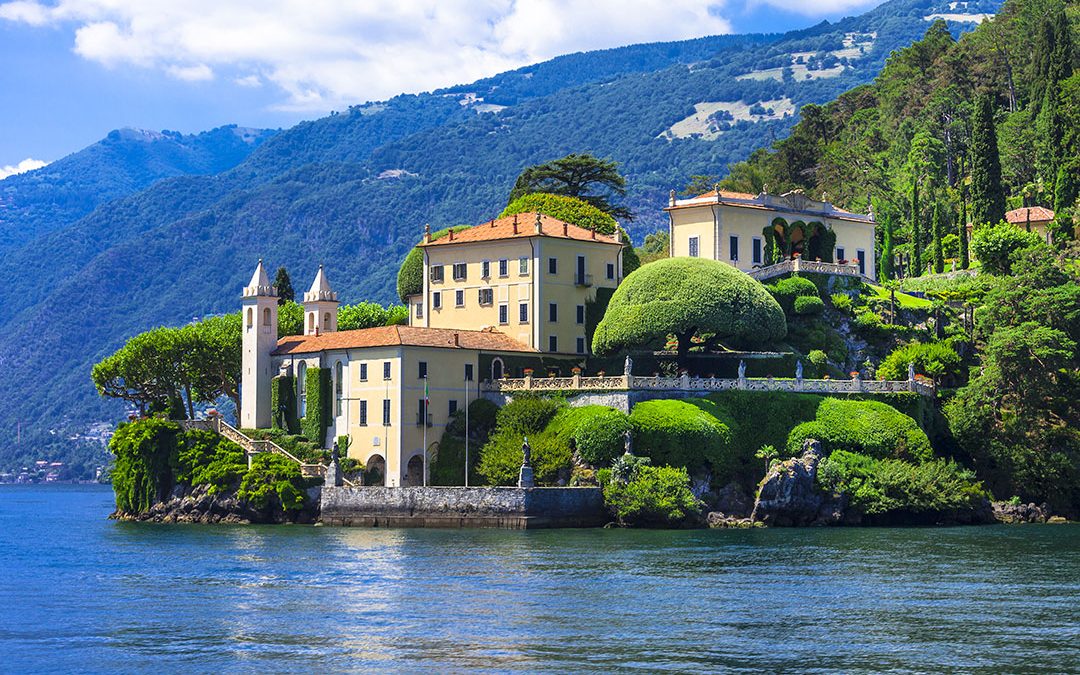 Villa Balbianello:
Villa del Balbianello, heritage of the FAI, is an architectural complex that overlooks Lake Como on the edge of a promontory. Located in the village of Tremezzina, it was created in the late 1700s at the behest of Cardinal Angelo Maria Durini. Over the centuries there were numerous restorations and owners such as Count Guido Monzino who enriched the villa with English and French furniture and various works of art. The beauty and wonder of the Balbianello have led many Hollywood directors to set here famous sagas, such as those of Star Wars and 007.

​Villa Carlotta:
Villa Carlotta, located in the village of Tremezzo, is a building dating back to the seventeenth century. It was built in the Baroque style by the marquis Giorgio Clerici, who surrounded it with a magnificent 8-hectare garden that boasts a remarkable flowering of rhododendrons and azaleas for a total of over 150 different varieties. With the passing of the centuries and the different owners, the villa has been enriched with numerous masterpieces of art such as Antonio Canova’s sculptures and paintings by Francesco Hayez. In this park we can observe the different styles that have followed one another over the years.

​Villa Melzi:
In the early nineteenth century Villa Melzi was built in Bellagio in neoclassical style at the request of Francesco Melzi d’Eril  Duke of Lodi to be used as a summer residence. Giocondo Albertolli took care of it, while the park was entrusted to Luigi Canonica and the agronomist Luigi Villoresi, who created the Monza Park. This garden has different architectural settings surrounded by a wide variety of exotic plants and centenarian trees. In the old greenhouse where the orange trees were planted in the winter, today there is a museum displaying precious relics and prints from the Napoleonic period, archaeological collections and paintings.

​Villa Serbelloni:
Villa Serbelloni was created in 1400  at Bellagio  at the behest of Marchesino Stanga, feudal lord of the place. In 1788 it passed to Count Alessandro Serbelloni who built the immense outdoor park that extends along most of the promontory of Bellagio with large stretches of dense forest whose total length is about 18 km. At the end of the 19th century it was transformed into a hotel. The building was later acquired by the American Ella Walker, Princess Della Torre and Tasso, who used it as her home. At his death, Villa Serbelloni was donated to the Rockefeller Foundation of New York, which still manages it today.